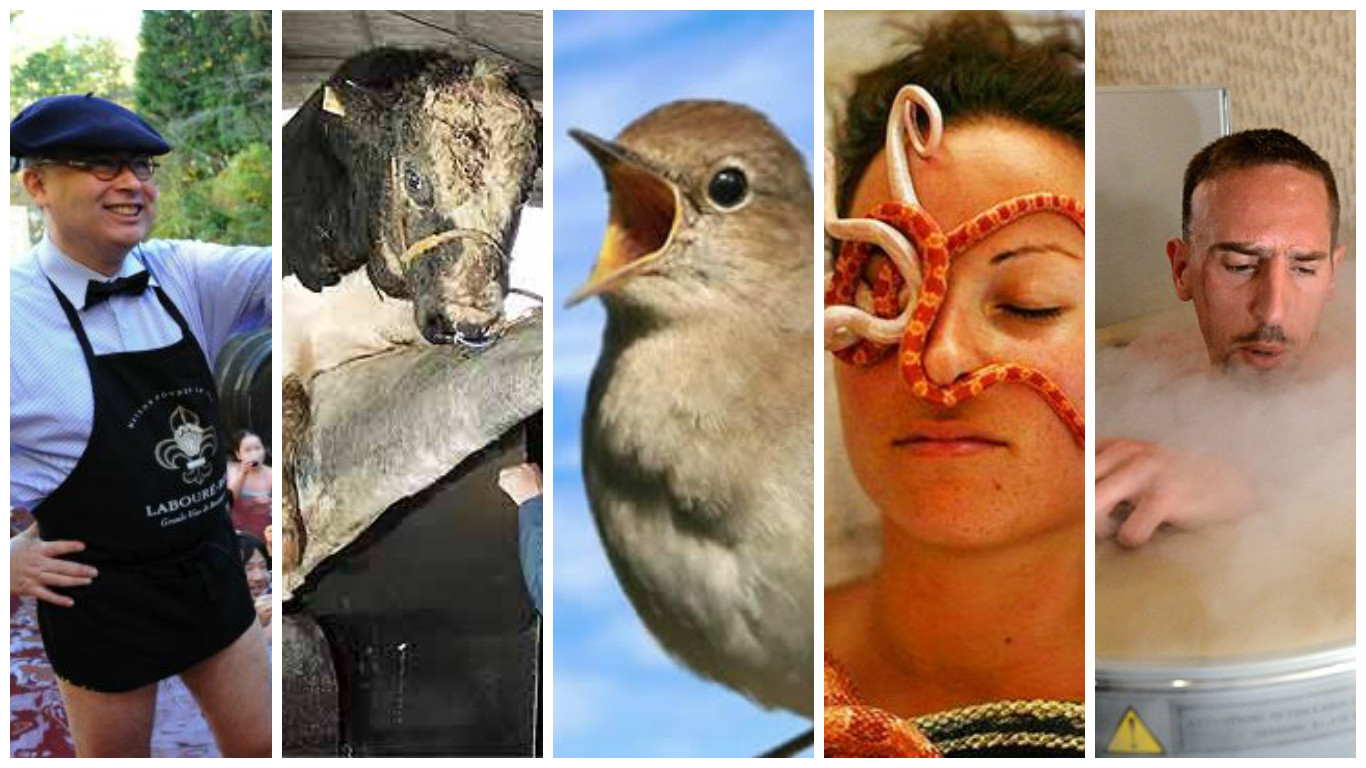 5 of the World's Weirdest Spa Treatments

Are you sick of soft candlelight, gentle music and aromatherapy oils? Are your massages too relaxing? Do you sometimes think 'this is lovely, but it could do with some more faeces / reptiles / bull semen'? Well, fear not! The world is full of weird and wonderful (though mostly weird in this case) spa treatments that offer, erm, less traditional ways to preen and pamper yourself. We've rounded up five of the best – or worst, depending on how you look at it...

Don't be fooled by the beautiful name here – as your face is going to be covered in bird poop. Legend has it that powdered nightingale droppings are one of the ancient secrets behind the Geisha beauty. It was supposedly used to remove their make-up, but also had the effect of revitalising their skin, leaving them with a radiant glow.

Okay, we're on board with this one. In Japan, there is a spa dedicated to its love of sake – so much so that you bathe in it. Other variations include green tea, coffee, red wine – and even noodles. It is believed that Cleopatra did this as part of a cleansing ritual, and if it's good enough for Cleopatra... Not sure about the bath of ramen noodles though.

Nothing aids relaxation quite like the idea that you might be risking hypothermia – or death. This spa treatment involves heating and cooling the body, stimulating circulation and boosting your immunity, and is said to leave you feeling 'invigorated'. That's one way of putting it. Essentially, you get in and out of a walk-in freezer at -110C, with very strict time limitations to ensure you dodge the Grim Reaper.

A popular massage therapy in Israel, this treatment is performed by the larger snakes wrapping themselves around your torso and the smaller ones create a 'nice fluttering sensation', with the aim of 'relieving muscle tension'. We can't help feeling that having a load of snakes crawling over our naked bodies would have the opposite effect...

Viagra for Your Hair